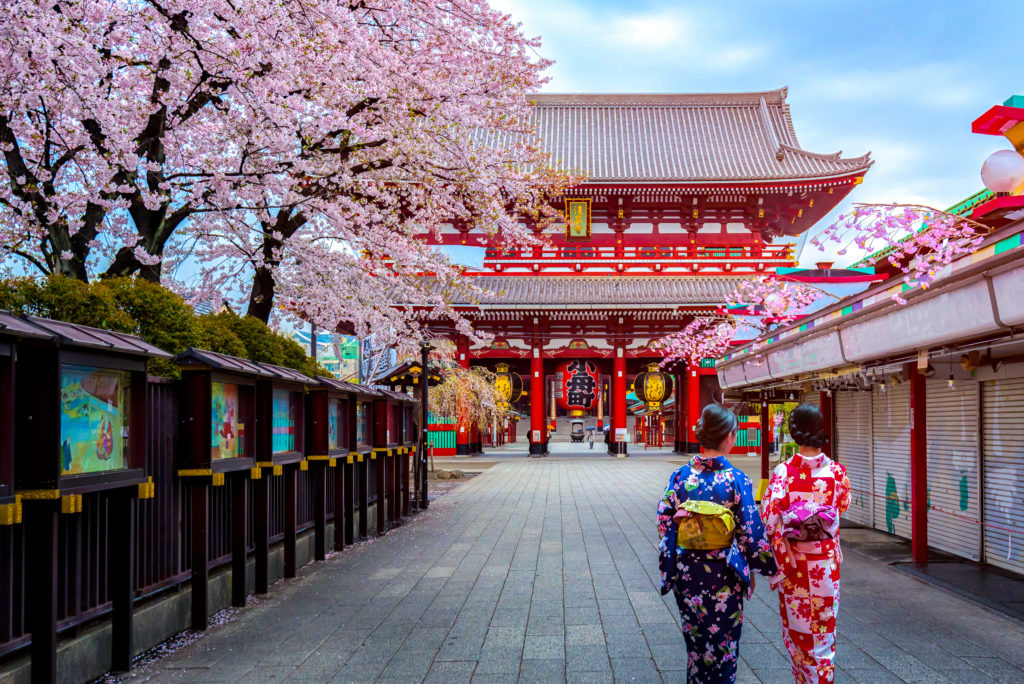 Japan formally 日本国 About this soundNippon-koku or Nihon-koku, lit. ”State of Japan”) is an island country in East Asia. Located in the Pacific Ocean, it lies off the eastern coast of the Asian continent and stretches from the Sea of Okhotsk in the north to the East China Sea and the Philippine Sea in the south.

The kanji that make up Japan’s name mean “sun origin”, and it is often called the “Land of the Rising Sun”. Japan is a stratovolcanic archipelago consisting of about 6,852 islands. The four largest are Honshu, Hokkaido, Kyushu, and Shikoku, which make up about ninety-seven percent of Japan’s land area and often are referred to as home islands. The country is divided into 47 prefectures in eight regions, with Hokkaido being the northernmost prefecture and Okinawa being the southernmost one. The population of 127 million is the world’s tenth largest, of which 98.5% are ethnic Japanese. 90.7% of people live in cities, while 9.3% live in the countryside. About 13.8 million people live in Tokyo, the capital of Japan. The Greater Tokyo Area is the most populous metropolitan area in the world with over 38 million people.

Archaeological research indicates that Japan was inhabited as early as the Upper Paleolithic period. The first written mention of Japan is in Chinese history texts from the 1st century AD. Influence from other regions, mainly China, followed by periods of isolation, particularly from Western Europe, has characterized Japan’s history.

From the 12th century until 1868, Japan was ruled by successive feudal military shōguns who ruled in the name of the Emperor. Japan entered into a long period of isolation in the early 17th century, which was ended in 1853 when a United States fleet pressured Japan to open to the West. After nearly two decades of internal conflict and insurrection, the Imperial Court regained its political power in 1868 through the help of several clans from Chōshū and Satsuma – and the Empire of Japan was established. In the late 19th and early 20th centuries, victories in the First Sino-Japanese War, the Russo-Japanese War and World War I allowed Japan to expand its empire during a period of increasing militarism. The Second Sino-Japanese War of 1937 expanded into part of World War II in 1941, which came to an end in 1945 following the Japanese surrender. Since adopting its revised constitution on May 3, 1947, during the occupation led by SCAP, the sovereign state of Japan has maintained a unitary parliamentary constitutional monarchy with an Emperor and an elected legislature called the National Diet.

Japan benefits from a highly skilled and educated workforce; it has among the world’s largest proportion of citizens holding a tertiary education degree. Although it has officially renounced its right to declare war, Japan maintains a modern military with the world’s eighth-largest military budget, used for self-defense and peacekeeping roles; it ranked as the world’s fourth most-powerful military in 2015.[24] Japan is a highly developed country with a very high standard of living and Human Development Index. Its population enjoys the highest life expectancy and third lowest infant mortality rate in the world, but is experiencing issues due to an aging population and low birthrate. Japan is renowned for its historical and extensive cinema, influential music industry, anime, video gaming, rich cuisine and its major contributions to science and modern technology.