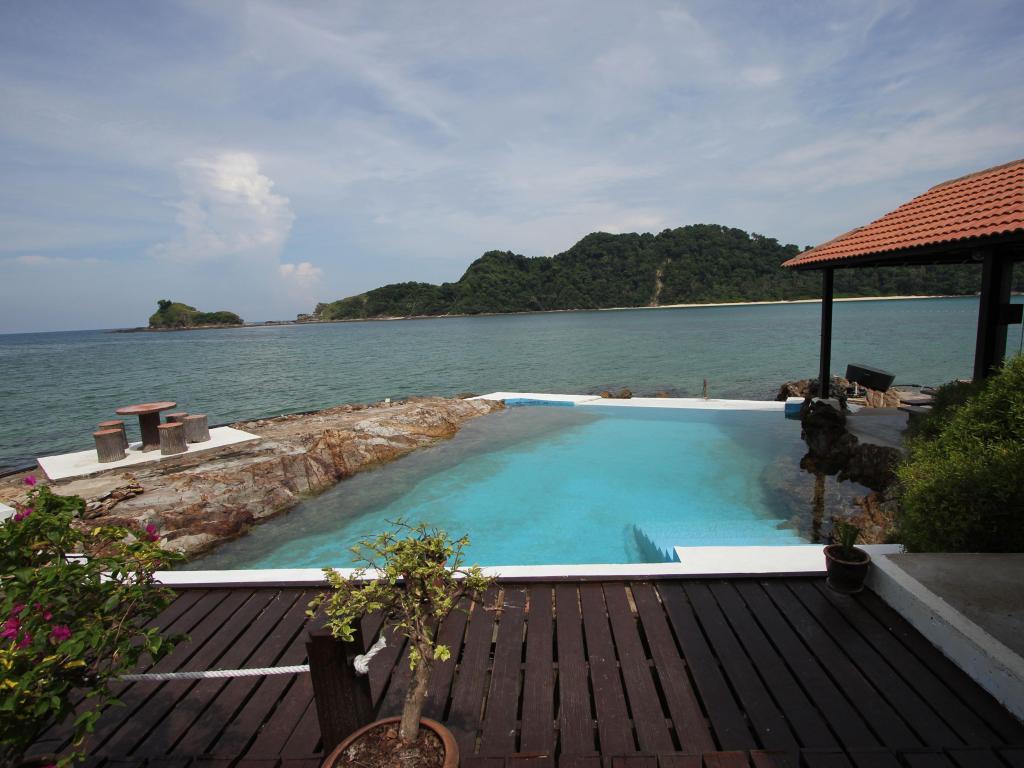 LOCATION:
The small island of Gemia is accessible by boat from the main jetty in Marang (note: not Merang), about 20 kilometres south of Kuala Terengganu. The journey by speed boat takes about 20 minutes or so. The island is located just about north of Pulau Kapas, another popular island destination. Boat fare is about RM60 for roundtrip per person.

DESCRIPTION:
This island has yet to gain the fame synonymously associated with the likes of Pulau Redang or Pulau Perhentian. Even weekend day-trippers tend to head to its sister island of Kapas which is more popular.

There is only one resort on this small island called Gem Wellness Spa & Island Resort (or formerly known as Gem Isles Resort). The resort does come at a slight premium, making the island is less frequented in general. Which is a good thing because the island’s three beaches are practically yours.

The nicest of the three beaches is probably right near the resort’s detached villas. The water is indeed clear, though somewhat not comparable to that of Pulau Redang, Pulau Perhentian or even Pulau Lang Tengah. All the beaches are generally deserted, with occasional visits from the resort’s patrons. In short, plenty of space to call your own.

As of today, this island is relatively unknown as yet. I somewhat hope it remains that way. The island’s only resort can accommodate limited number of people anyway (and yes, another comparison with Pulau Redang, Pulau Perhentian, etc, which are often swarmed with tourists).