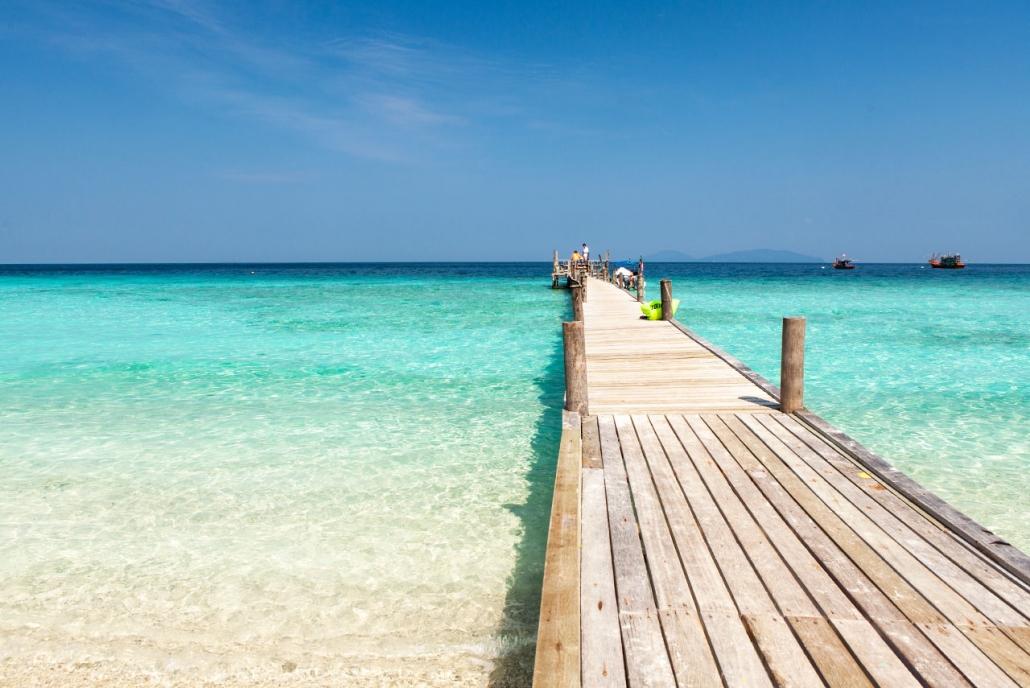 LOCATION:
The beach is located in front of the two main resorts in Pulau Lang Tengah, namely Blue Coral Island Resort (currently closed until further notice) and Redang Lang Island Resort. If you are arriving from D’Coconut Lagoon Resort which is located  at Pantai Pasir Mat Hassan nearby, a boat trip will take about 10 minutes to get here.

In general, Pulau Lang Tengah itself is located almost midway between Pulau Redang and Pulau Perhentian. The boat departure is located at Merang Jetty, some 35 kilometres to the north of Kuala Terengganu.

DESCRIPTION:
There are two separate beaches on Pulau Lang Tengah, and Pantai Pasir Air is arguably the more beautiful of the two. Another beach is called Pantai Pasir Mat Hassan which is fronting two other resorts on the island, namely Lang Sari Resort (formerly known as Square Point Resort) as well as D’Coconut Lagoon Resort which is a more upmarket option.

I used to identify the beach as Pantai Blue Coral as it is probably hard to find the localised name for it from any online sources, unless you are curious enough to ask the locals. The beach is particularly long. My estimate of its length from one end to another  puts it at about two kilometres. That amount of space is hosted by only one resort (another establishment, Blue Coral Island Resort, is closed for good anyway). It should go without saying that Pantai Pasir Air offers numerous personalised spots for a complete island vacation especially to bask under the glorious tropical sun.

Apart from the generous length, the waters of Pantai Pasir Air are mesmerisingly crystal-clear. It is safe to attest that the beach is comparable to those magnificent beaches that can be found in both Pulau Redang and Pulau Perhentian. The sands along the beach are blazing white and powdery soft, which is also another good criteria of a fantastic island beach.

On my two separate visits to Pantai Pasir Air in May 2004 and August 2007, the beach was barely patronised by any souls, save it for a few sun-worshippers from Redang Lang Island Resort. Truth be told, the island itself often plays a second fiddle to Pulau Redang and Pulau Perhentian, which is really not a bad thing as the number of tourists is greatly reduced.

If you walk to the far left-hand side of the beach, there is excellent snorkeling site called Batu June. The spot is made of a number of boulder rocks that host a teeming variety of marine life. In fact, I did a snorkeling excursion at Batu June and found it to be great.

Overall, Pantai Pasir Air is a fantastic beach with impressive water and spacious sunbathing spot for everyone.